Have Questions? Want to see Valtix in action?

The Ultimate Guide to Building Network Security Architecture in GPC

Protecting your applications and workloads in public clouds continues to face new challenges. Log4Shell has been a wakeup call for customers who realized that there will always be windows of vulnerability since (a) finding vulnerable systems across their entire deployment is quite challenging, (b) patching vulnerable systems at scale is a lot harder than expected, and (c) having to deal with similar emerging/new threats will impose significant additional burden for security teams. This is changing how enterprises are viewing security in the cloud.

Valtix provides a complete solution that solves the above issues and enables: 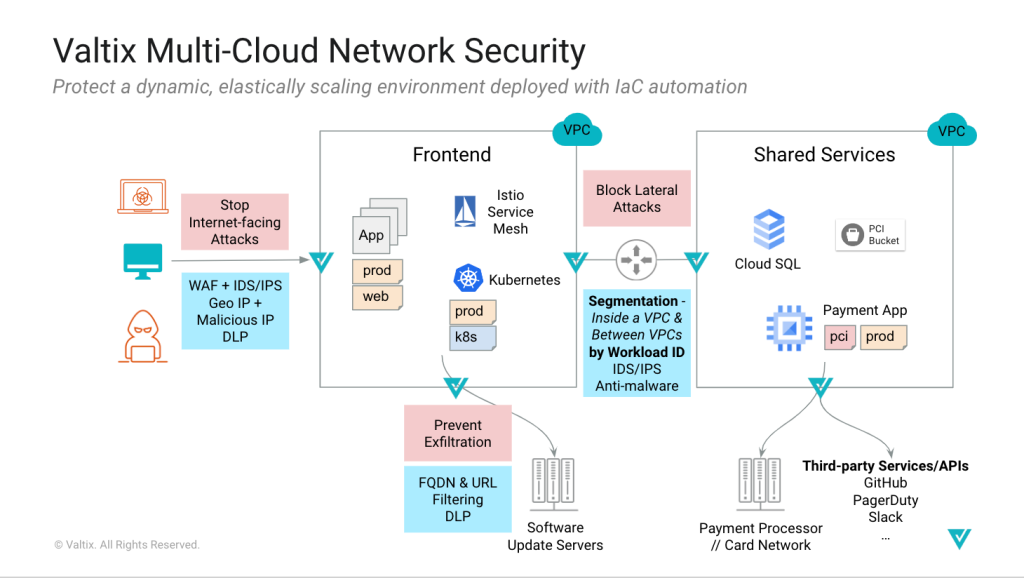 Valtix provides flexibility in securing your workloads running in Google Cloud. You can choose between a distributed model that bakes security into each VPC, centralized hub-n-spoke that protects multiple VPCs, or a hybrid that protects Internet-facing applications in public VPCs while security east-west and egress flows in the centralized security hub. You choose, and the Valtix controller deploys.

Diving in a bit deeper using the GCP constructs for the centralized hub-n-spoke model, you can see that the application VPCs (aka the spokes) are connected via VPC peering to the security hub VPC. The security hub runs two Valtix Gateways, one for ingress to protect Internet-facing applications and the other for east-west (between VPCs) and egress traffic. 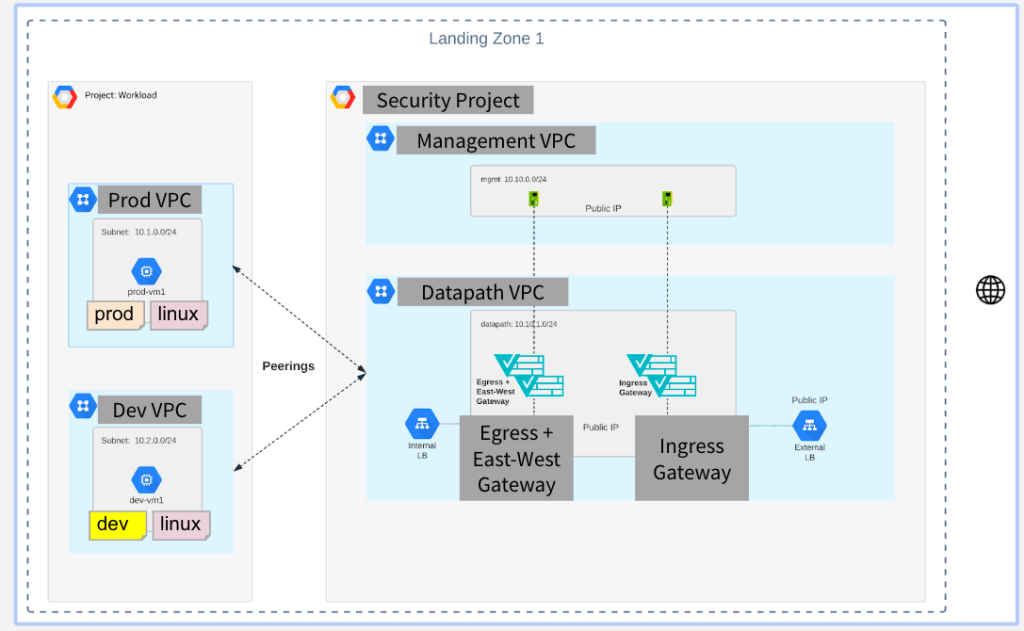 Customers configure security policies based on the workload identity of their applications based on deployment stage (dev, test, prod), application tiers (web/frontend, middle-tier, service1 etc), or security requirements (general, compliance, etc). These workload identities are based on the continuous discovery of your GCP cloud assets and leverage the tags and labels assigned to the workloads. As your applications are deployed or auto-scale, Valtix automatically applies your security policies.

A crucial new aspect of visibility in public clouds is to get visibility and control of your IaaS and PaaS provided by GCP and other public clouds. This ensures that you don’t treat the shared security model as a blind spot and ensure the protection of the 100s of cloud services from AWS, Azure, and GCP. 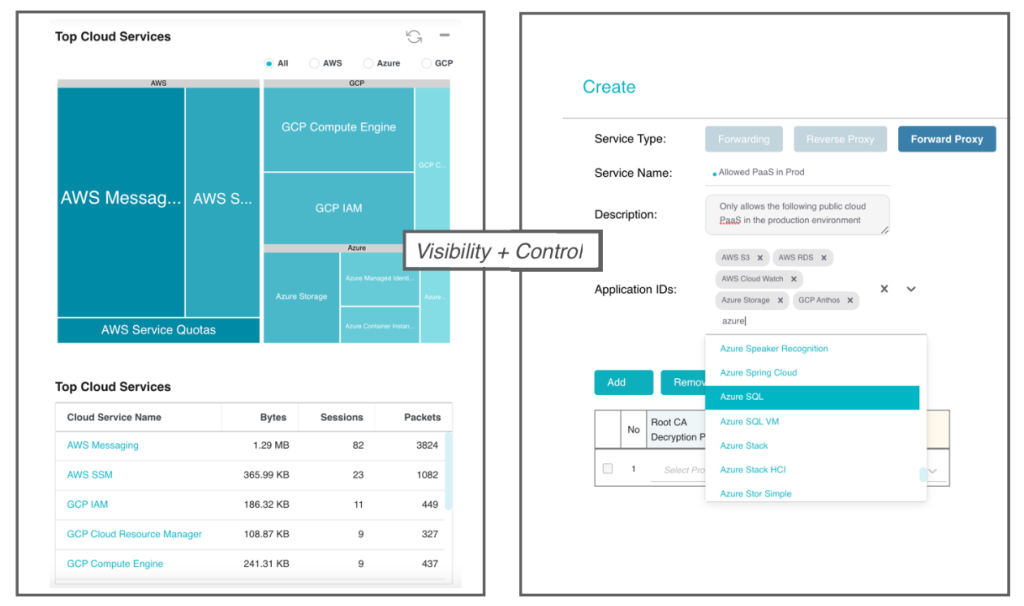 The entire deployment and security policy management can be performed in minutes from the Valtix service console or using Terraform. This enables you to make security operate at the speed of cloud, i.e., as application and DevOps teams deploy and update applications, they are automatically protected.

Outline Steps for Security in Your GCP Environment

To learn more on Valtix: