A few things are becoming clear as we near the end of the first month of the Log4Shell vulnerability:

Valtix is built to provide all these capabilities, to learn more see our LOG4J RESOURCE PAGE. 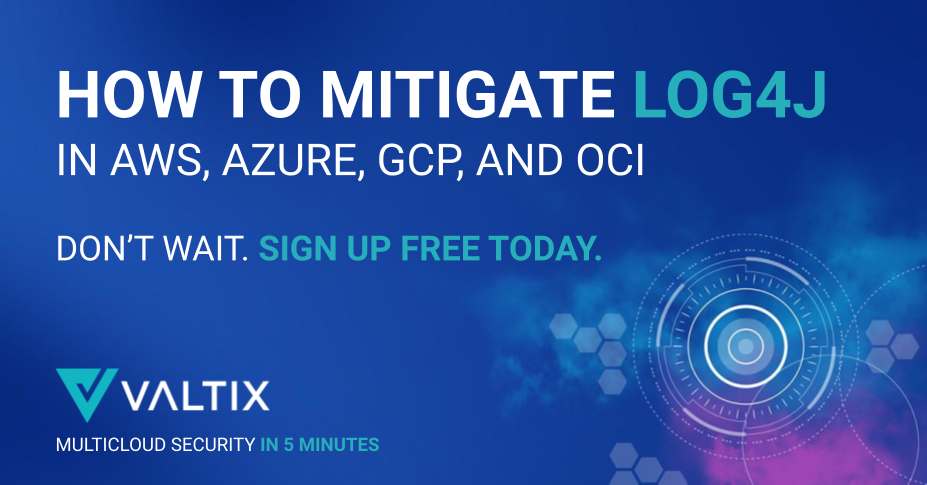 Traditional incident response approaches will continue to be helpful for incident response (IR) and security operations center (SOC) teams in dealing with the attacks. Valtix supports forwarding of traffic and threat logs to traditional SIEM tools like syslog, Splunk, and DataDog. But these approaches need to evolve and adapt to what’s possible in public clouds and was not possible in traditional data centers. The following approaches can work well at scale across individual clouds (10s and 100s of VPCs across multiple accounts) and also across multiple clouds (AWS, Azure, GCP, OCI).

Cloud is different and Valtix has substantial experience in the public cloud. We’re here to help through our MULTICLOUD RESPONSE PROGRAM.

Learn more about the program and our special LOG4J Free Tier Offer.